For every think-piece that promised COVID would kill fashion, either at an industry or individual level, (and boy, was there a lot of them) those of us who love clothes knew that dressing as a mode of self-expression wouldn’t linger long in sweatsuit purgatory. Comfortcore, with its crocs and elastic waistbands, was the pandemic aesthetic—but as Halifax reopens and life recalibrates, we need a new look.

Thankfully, the trend of zizmorcore (first profiled in New York Magazine in March 2021) has arrived in our city just in time.

Zizmorcore, for the uninitiated, is a deliciously meta, totally customizable aesthetic defined by its casualness, individuality and commitment to community. Named for the ubiquitous NYC subway ads featuring dermatologist Dr. Zizmor (which themselves embodied a kitschy, non-ironic aesthetic of 1980s and ’90s New York), zizmorcore is earnest, wearable city pride.

It’s less about the look of a garment than it is about the sense of place the outfit delivers, name-dropping local haunts on t-shirts, tote bags and ball caps. A shorthand for your taste, it’s a way to embody the vibe of your favourite small businesses and regional brands: Communicating your most-beloved shops, eateries and neighbourhoods by literally wearing their names.

It’s a virtue-signalling of your commitment to community: That you not only know and frequent the best local businesses (whatever they may be to you), but have folded their identity into your personal brand. Zizmorcore is bound up in the nebulous thread-nest of authenticity, a fashion-based picking and choosing of what makes Halifax unique to you by sporting branded merch from the places you treasure the most.

The individualism of the look is part of its appeal, as is the support it gives to small businesses who have had a rough go of it during the pandemic. Consider zizmorcore the antidote to the global brand domination and major label fixation of pre-pandemic street style: A localized, wearer-driven spin on casual dressing that proves Off White founder (and Louis Vuitton artistic director) Virgil Abloh correct in his prediction of the fall of big-brand athleisure.

A nice bonus of the look is its flexibilty: Since Halifax means something different to all of us, everyone’s take on zizmorcore will be a little bit different. For some people, it’ll include a craft beer t-shirt—but for those who can’t think of the north end without smelling Oland’s brewing, a vintage shirt from the major brewer feels like a zizmorcore holy grail.

Some might mix East Coast Lifestyle or Alexander Keith’s swag into the mix. But, true zizmorcore is not what a tourist would show up and buy. Rather, it’s what a local would know to wear. This is reflected in the trend’s origins: When New York magazine explains Zizmorcore, it describes how COVID left NYC uncharacteristically devoid of tourists, so locals could renew their vows with their city and enjoy every inch of it for themselves. The trend’s “only rock-solid rule is that the thing you’re repping could not exist in the same way in another city,” New York writes.

Lucky for Halifax, we have our fair share of such gems, too.

(To that end, exclusivity in zizmorcore isn’t gatekeeping based on price, like fashion usually dictates. The Birkin bag of this trend, as it were, would be a garment shouting-out your favourite Halifax business of yesteryear. Recently, a worker at a north end coffee shop was dishing out croissants while wearing a Smith’s Bakery t-shirt. Smith’s closed in 2019, after being a neighbourhood staple for decades.)

During a time when most of us were more recoiled from the city than ever—thanks to the cloistering COVID required—it makes sense that Halifax is now localizing zizmorcore: We’re re-emerging from the sea of COVID waves that continue washing ashore, reacquainting ourselves with our social circle, our lives and our city.

As you re-enter the world, it’s the only thing to wear. Below, we’re sharing some of our favourite local examples of the look:

Sourwood Cider’s perfect mix of neighbourhood joint and foodie destination is distilled in this dad hat (pictured above) that’s a decidedly fashion hue of mustard yellow (the big colour of 2022, for those asking). If Yasmin Grocery has long been your Agricola Street beacon, repay the favour with this marled grey t-shirt with hot pink script that lures the eye like a siren song.

Even though your sourdough discard might be so 2020, real ones know carbs are forever—something LF Bakery gets better than most, making a tote bag that sports a line drawing of the Gottingen Street spot’s trademark wax paper packaging on the side.

Beloved dive bar Gus’ Pub is the small stage that’s launched thousands of Halifax bands since it opened in the 1960s. Wearing one of its new t-shirts that depicts that legendary platform means you’re ready for an encore—or the mosh pit.

It might’ve taken a global pandemic for Taz Records to fully overhaul its website, but no online presence will ever replace bin digging for new vinyl, anyway. This bucket hat (in red, please) shows you know exactly what we mean.

Portland Street destination Cafe Goodluck was early to HRM’s take on zizmorcore, debuting a tote that read “I miss brunch too” when it originally made the switch from sit-in restaurant to take-out spot. Its second foray into the trend is even better, though: This line-drawn t-shirt is the sort of whimsy that COVID has put in short supply. 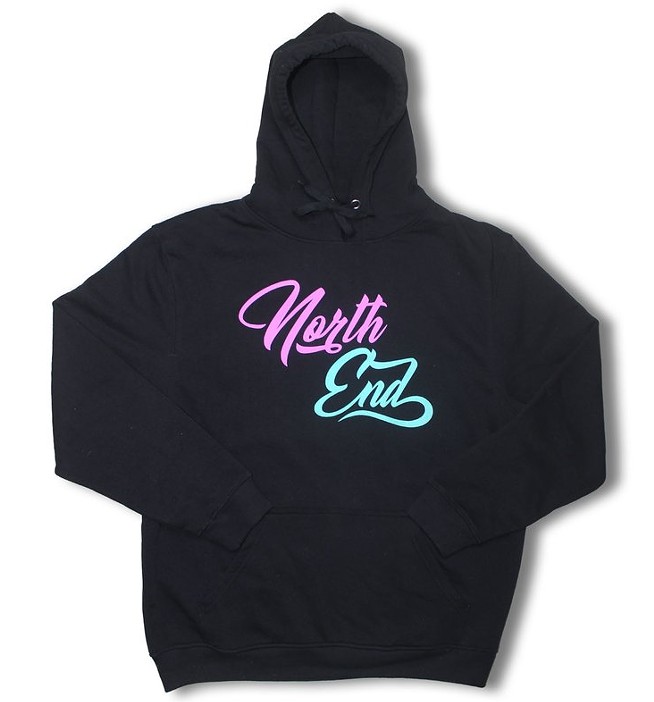 Beloved streetwear line Family Over Fame has helped Haligonians put on for their city for years—and has proved classic casual and deep ethos can co-exist in deeply wearable pieces. The line’s North End hoodie is a fresh take on a classic. 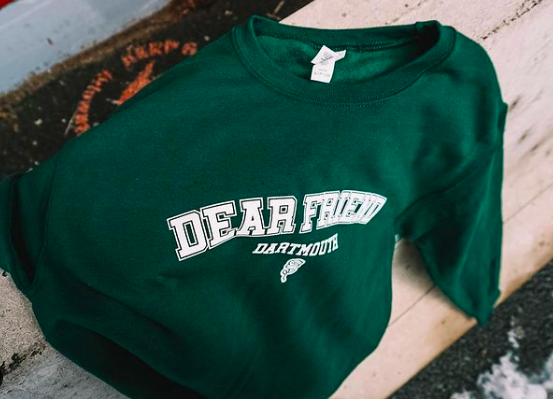 If the curated casual vibes of Dartmouth cocktail spot Dear Friend is the aura you hope to imbue every interaction with, the bar’s vintage-looking sweatshirts are a good place to start.

While zizmorcore is more focused on places than scenes, making it less focused on the arts than most fashion movements are, these t-shirts repping The Khyber Centre For The Arts—designed by Halifax artist Bria Miller—fit the vibe, championing one of the city’s top creative incubators.

The Loot is one of Barrington Street’s top fashion destinations, delivering a mix of curated thrift that any Y2K fan will love. Carrying this punny tote is the perfect way to schlep home the haul from your next visit.

Let the graphic, black-and-yellow pins from Jordan Bennett’s accessory collection with the Art Gallery of Nova Scotia help you remind everyone that we’re all treaty people with the Mi’kmaq names for Halifax and Canada.