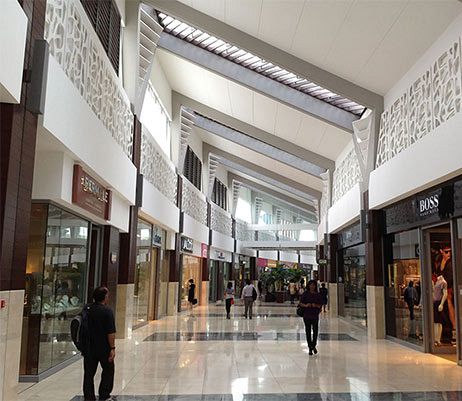 Since its premiere in November, Real Housewives of Salt Lake City has been causing a stir. Mormon influencers didn’t take too warmly to the show’s portrayal of the Church of Jesus Christ of Latter-day Saints—and particularly, its depiction of the expectations that women in the community face as wives and homemakers, with cast members describing a culture that emphasizes Instagrammable perfection at all costs.

Though members of the church have decried the show for being inaccurate on a number of fronts, from its accusations of bigotry and sexism in the community to its portrayal of Mormon attitudes toward divorce, one thing’s for sure: Plastic surgery is a recurring theme in the Salt Lake edition of the Bravo reality series. And cast members cite a cultural pressure tied to the religion as one of the reasons why they drop major dollars on Botox, fillers, breast augmentations, and more.

Watching the series and reading the critiques brought forth by LDS members, we have to ask: Is Mormon culture really plastic surgery-obsessed, as RHOSLC cast members claim, or is the show merely perpetuating a harmful stereotype? Experts we spoke to suggest that there’s more going on than just a perfection obsession from the Church of the Latter-day Saints.

The show’s Heather Gay, who calls herself “Mormon-ish,” owns a medical spa with an entire menu of injections for beautifying. Though she was raised in the church, she distanced herself after a difficult divorce from “Mormon royalty”—and openly talks about how Mormon women view plastic surgery as a way of achieving a level of perfection that brings them closer to god. Jen Shah, the series’ opinionated (and super plumped) fashionista, told Page Six Style that the Mormon women of Salt Lake are all nipped and tucked. “They’re all getting boob jobs,” she said. “They’re all getting vagina rejuvenation. If they are saying they’re not, they’re lying.”

It wouldn’t be a stretch to say that beauty is big business in Salt Lake City. The main highway in Utah boasts billboard after billboard advertising plastic surgeons offering flat tummies, boob jobs, and other surgery options. A 2017 study by Utah Valley University found that Salt Lake City had a higher number of surgeons per capita than Los Angeles. A 2007 survey in Forbes named Salt Lake City the “vainest city in the U.S.,” finding that there are six plastic surgeons per 100,000 residents—2.5 times more than every other city of its size. These statistics have been floating around again since the series premiere, largely because of the backlash the show is facing from members of the Latter-day Saints community.

Lisa Barlow, the brash Tequila empresaria whose family converted to the LDS church when she was young and who now considers herself “Mormon 2.0,” says on the show that the expectation to keep it looking tight and right is ingrained in the culture. “There’s never more beautiful people than when you step into the Salt Lake airport,” she says in a confessional. “People take really good care of themselves. It’s not about money; it’s about integrity. One prophet said keep your barn painted—like, literally, make yourself look your best.”

Shah, who was raised in the church and converted to Islam after learning about the Mormon church’s treatment of the Black community, lamented in the Page Six Style interview that she wished women in the city would be more open about their plastic surgery adventures, chalking up the secrecy around the practice to “the predominant religion here being Mormon.”  “Like, you’re supposed to strive for perfection, but … you’re not supposed to be, like, telling people that you’re getting stuff done or something,” she said.

The 2007 Forbes article speculated that the higher number of surgeons in the area might be attributed to the University of Utah’s School of Medicine, located in Salt Lake City, which offers residencies in plastic and reconstructive surgery. Renato Saltz, a plastic surgeon with practices in Salt Lake City and Park City, told VICE that he taught at the institution for 10 years before opening his private practice in 2002. When he first came to Utah, he said, he was “surprised at the time how much cosmetic surgery we were doing,” given that the medical facility is known as a hub for reconstructive, trauma, and cancer-related surgery. “That was my first encounter with the statistics of this kind of culture,” Saltz said.

I spoke with Saltz to see if he could shed some light on the figures from the Forbes survey and the Utah Valley University study, and to ask if he saw any connection between the city’s emergence as a plastic surgery capital and local Mormon culture. Saltz, who is Jewish but works closely with patients from the LDS community and employs former members of the church, explained that translating those figures, simply, as Mormon women get lots of plastic surgery because of the expectations of LDS culture would be painting far too broad a stroke, and doesn’t offer a full picture of why so many operations are performed in the city.

While the Forbes survey brought the stats to a wider audience, a 2015 article in TIME that unpacked dating within Mormon culture—and alleged that because women outnumber men in the church, competition between women was steep—arguably added fuel to the stereotype. As a result, the article claimed, they’d go under the knife to make themselves more desirable to potential husbands. While the imbalance between the genders within the church is accurate, religion writer and LDS church member Jana Riess argued against the article’s claims in 2017, finding that even though Salt Lake had a higher than average number of plastic surgeons per capita, the rates of plastic surgery among Mormon women specifically were actually in line with the general population, per a 2016 Pew survey.

Saltz backed this, noting that many of the plastic surgeries that doctors perform in Salt Lake City are on out-of-towners, patients looking to take advantage of the resorts, the privacy, and the high-quality surgeons who have passed through University of Utah’s training program. (He did note, however, that the plastic surgery rate for men is higher in Salt Lake City than the national average; about 20 percent of his patients are men, he said, but the national average is just under 10 percent.)

Following the Forbes article, Saltz said his practice was bombarded not just with local patients but people from all over the country looking to go under the knife. It also helps that plastic surgery in Salt Lake can be slightly more affordable than in large metropolitan cities like New York or Los Angeles, he explained, though procedures from top-level surgeons in the area are certainly not cheap.

Saltz estimated that LDS folks make up about 40 percent of his patients, and while he doesn’t ask what their religious affiliations are, he said he performs a lot of “mommy makeovers” (tummy tucks, lipo, and breast lifts and augmentation) on “patients that are in their late 20s and early 30s” and who have “already had several children.” One patient he worked on was 36 and had 13 children; he believes she was likely from a Mormon sect. Marrying young and building a large family is common practice in the LDS community, said Saltz, and something historically encouraged by the Church.

“I don’t know if you’ve been to Utah, but one of the things that is really gonna get your attention immediately is the number of kids,” he explained. “You’re going to see all these young, beautiful women and men with three, four, six babies. Anatomically speaking, that’s a significant damage to your body.”

Charlie Scott (@truthfullycharlie), a popular lifestyle blogger and influencer who writes about beauty, style, and her Mormon faith, told VICE that she’s never felt pressured by the church to get plastic surgery done.

“In my personal experience, it’s been the complete opposite,” she said. “I’ve been taught I was created in god’s image and I am the way I am for a reason. I should love my body just the way it is, and so should all women and men.”

Scott, who lives in Louisville, KY, noted that LDS women in Salt Lake City “do have a ‘look'” that is “very polished,” with “long gorgeous hair, lash extensions, etc.” “But I don’t feel pressured to look like them,” she said, adding the caveat that she might feel differently if she lived in Salt Lake. “I do think I would feel pressured to look that way if I lived there,” she said.

As Saltz sees it, Salt Lake City’s emergence as a plastic surgery destination may have initially been rooted “a culture that was initiated by the LDS community about beauty and aesthetics,” but in recent years, it’s been bolstered by other developments, including the normalization of cosmetic procedures, the rise of social media influencers, and shifting beauty standards. (People don’t suddenly emulate Kylie Jenner’s filler-heavy look by accident, after all.)

That confluence of factors, Saltz said, means plastic surgery has just become one of the things that makes Salt Lake Salt Lake. “When you grow up, even if you’re not part of a certain religion, it’s part of the culture in the area,” he said.

Scott sees it as bigger than Salt Lake, though—and part of a broader cultural shift when it comes to societal definitions of beauty and our openness toward cosmetic procedures.

“I believe it’s just the time we’re in,” said Scott. “I’ve had filler and Botox, but at the end of the day it’s for myself more than anyone—and especially not for my church. I personally think women/men should do whatever makes them happy.”

Providing all ladies and men worldwide the very best of cosmetics, haircare and perfume by way of high quality, efficacy and security. Youngblood Mineral Cosmetics, best identified for its luxurious clear positioning, is coming into skincare. The skin care products of Oriflame are focusing on individuals of all ages group. Make-up items are constituted of …