A photographer has created an exhibition of images which catalogues Botley residents resistance to the demolition of Elms Parade.

Elms Parade dates back to 1937 and there were proposals to knock it down as part of plans to create the West Way Square retail development in Botley.

The scheme was scaled back and Elms Parade survived.

Photographer Uwe Ackermann, who worked as a physiologist before he retired, started taking photographs of the shops when the development was announced as he thought there was “a photographic story”. 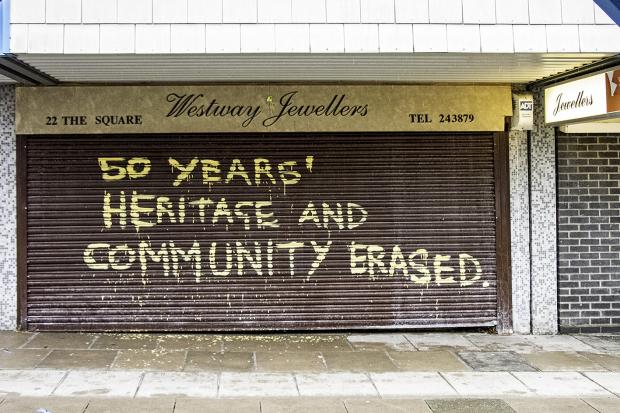 He said: “It gives people a recollection of what was there and what fascinated me was the wall of graffiti.

“It was a story of community reaction to this tired looking shopping centre being torn down and developed into what we have now.”

Mr Ackermann explained once the shops were empty and the developers boarded up the windows, anti-development graffiti would appear.

He said: “The developer would come overnight and whitewash the graffiti – then a new graffiti would appear. Being Oxford, it was generally intelligent graffiti and this continued till the developers decided they would hire proper graffiti artists and they put up graffiti art. Then no further community graffiti appeared.” 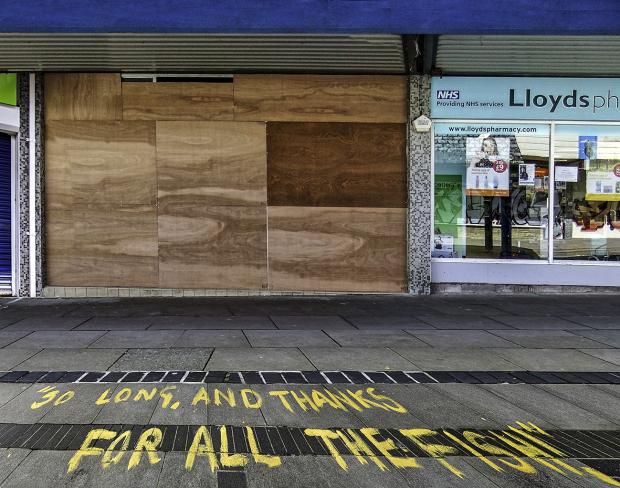 The 82-year old photographer felt the graffiti was a symbol of “silent resistance” and a way for the community to respond to the changes.

He explained: “I was not so much interested in the mechanics of seeing them destroy livelihoods in seconds with these big machines but I was interested more in the story of the graffiti and how the community reacted to what was being proposed.”

Mr Ackermann hopes people will feel a sense of nostalgia from the images and remember some of the independent businesses which had their homes on the row of shops. 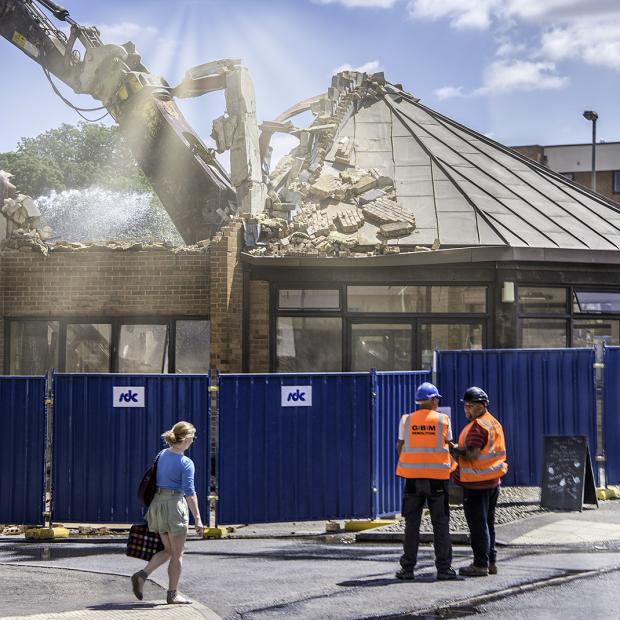 Despite the theme of this exhibition, Mr Ackermann’s photographic interests do not tend to focus on social commentary.

READ MORE: The things to get excited about in Oxford in March

As someone who worked in the medical research during his career he said he is “driven by doing something new” which is difficult as “everything that can be, really has been photographed”.

He said: “I tend more towards collages. I take pictures and then I combine them in some way in Photoshop to come up with something that has not be been done by somebody else before. I tend not to do social documentary, so this was a departure for me.”

Thanks for All the Fish being held at St. Peter and St. Paul Church on 81 West Way until 29 April and is open from 10am to 4pm, Monday to Saturday and 12pm to 4pm on Sunday.

For news updates straight to your inbox, sign up to our newsletter here